LED vs HID Headlights : How They Work, Differences & Advantages

It goes without saying that your car’s headlights are extremely important safety features in your car, which is why they are regulated by driver’s manuals in every state.

However, your choice in headlights doesn’t just impact basic safety – it can exponentially improve your driving experience at night or in low-visibility conditions.

Different types of headlights can also be fashioned differently to contribute to the overall aesthetic of your vehicle.

With recent advances in headlight technology, such as the creation of laser headlights, you now have a number of options available to you while choosing your car or while using a headlight converter kit.

This article will familiarize you with more traditional HID bulbs as well as LED bulbs, which are also relatively new although they’ve already been superseded by laser technology with some manufacturers.

What are LED Headlights? 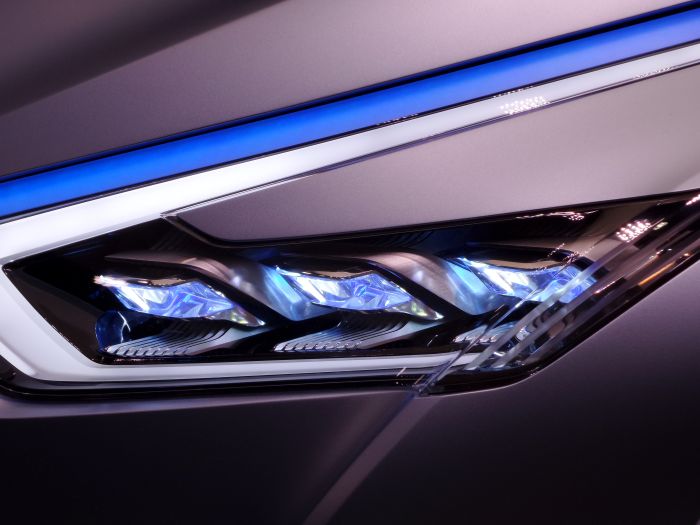 LED lighting was first developed in the context of indoor lighting, where it replaced regular incandescent bulbs.

It consists of a semiconductor microchip which emits light when a small electric current is passed through it.

These LEDs are extremely small in size and are also as thin as a sheet of paper, capable of being even thinner than that.

Because of this, a number of LEDs must be combined to give you a single beam of light, unlike the bright light produced by a single regular bulb.

How does LED lighting function?

Because of the small size of LEDs, many of them have to be combined together to make a single proper beam of light.

Another feature of LEDs is that they only produce a unidirectional beam of light.

This means that the light they emit travels only in one direction, rather than spreading everywhere like with a normal bulb or headlight.

The result of this is that LEDs can easily focus light in specific directions, rather than needing reflectors to amplify the light.

What are HID Headlights? 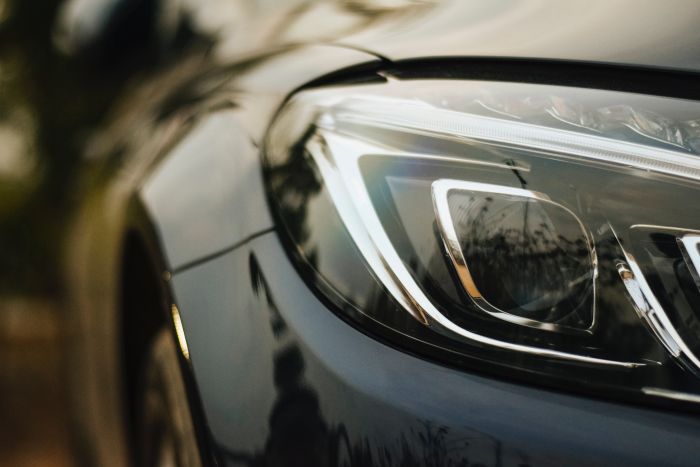 HID headlights consist of an arc, which contains a metal salt / noble gases, through which a high current is passed to generate light. The arc itself is placed in an arc tube.

HID lights are often referred to as Xenon or Xenon-HID lights.

The brightness of HID headlights is much higher than any other headlight.urrently available, which is why their popularity has been increasing in recent years.

How do HID lights function?

The light beam produced by HID lights is multidirectional, which means that it produces light in all directions, rather than in a single one. For this reason, they need to be housed in a projector.

This projector consists of a reflector behind the bulb and a lens in front of it.

This help concentrate the beam of light in a particular direction as well as point it in the needed direction for driving.

HID lights are smaller than traditional halogen lights because of which their use in car designs has become popular since manufacturers can create smaller headlights for newer designs and aesthetic appeal.

LED vs HID – Lifespan, and Maintenance 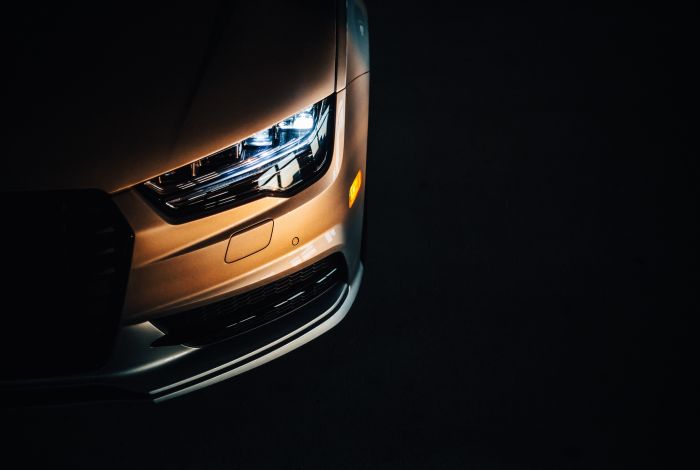 LED headlights differ from traditional halogen lights. Traditional lights depended on bulbs, which would start flickering or fading before they stopped working completely.

Thus, it was very obvious when you needed to replace them.

LED headlights do not function like this. Rather, they undergo a process called lumen depreciation. Simply put, this process means that LED lights gradually dim over time, rather than flickering or going out completely.

However, LED lights take a long time to decrease in brightness, which is one of their main advantages.

This means that you are potentially looking at headlights which will last for as long as you use your car .

Maintenance is the key issue with HID bulbs.

They have a projected lifespan of around 2,000 hours of use, which is longer than that of halogen bulbs, but still means that they will require replacing.

They cost considerably more than regular halogen bulbs so maintenance costs will be high. 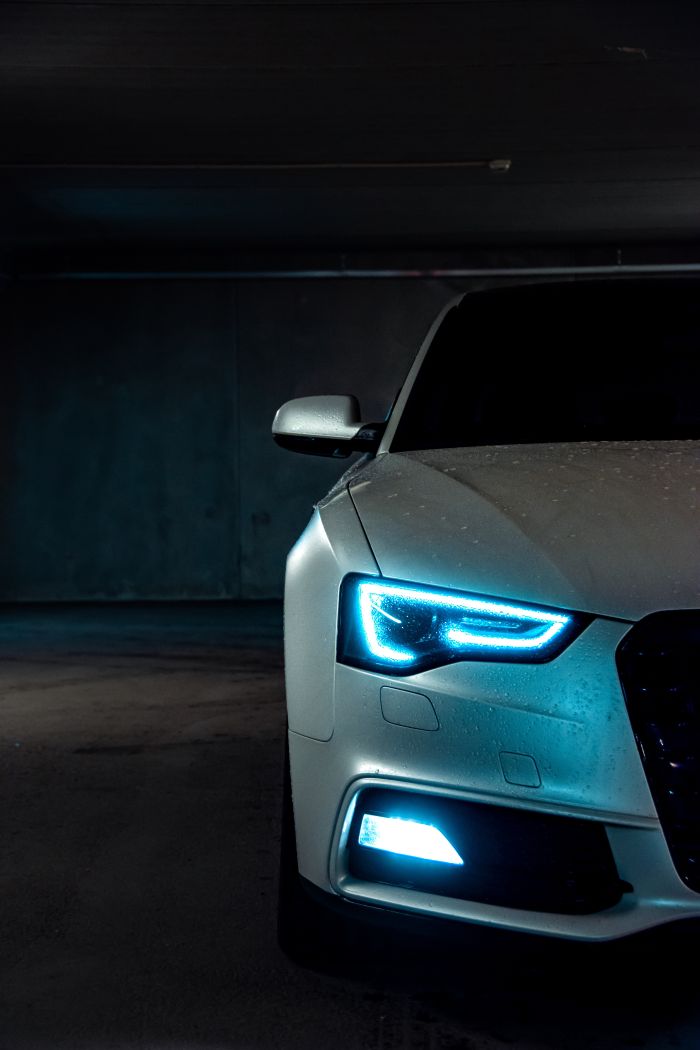 LED lights cost significantly more than all other alternatives currently available on the market. While purchasing a new car, this cost will obviously come included.

This can significantly increase the price of your model.

If you are looking to upgrade your headlights or change them to LEDs, then you are still looking at costs of hundreds, if not thousands, of dollars.

Cars with HID headlights are becoming more common, with an increase in their number being registered in the past decade.

This is, in part, due to their low cost, especially when compared to LEDs. Therefore, you can expect to not have very high upfront costs.

However, as mentioned before, you can expect high maintenance costs because of the price of the bulbs themselves, which can run into a few hundred dollars. 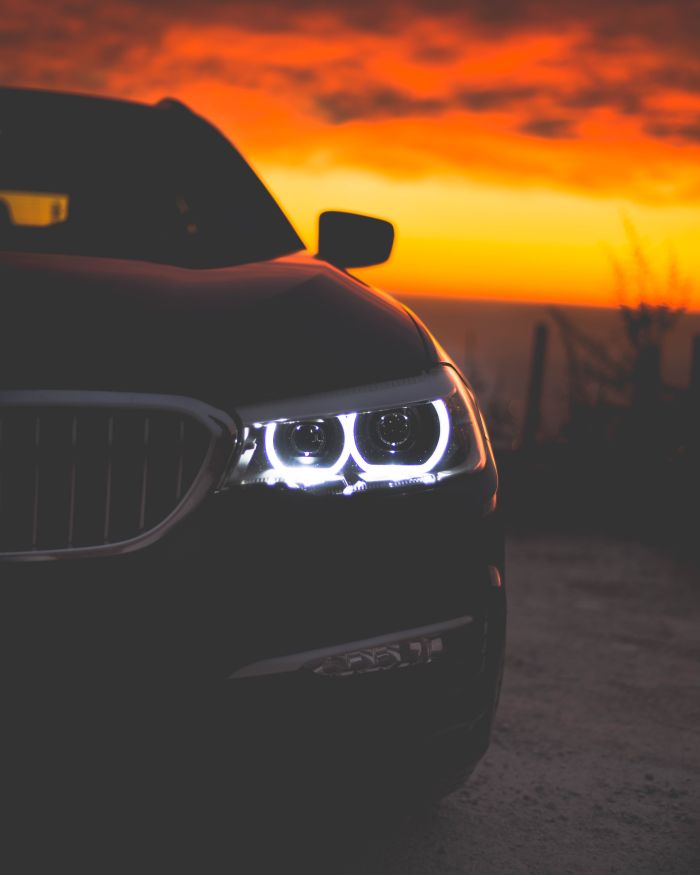 LED headlights are known for turning on instantly, as opposed to traditional halogen bulbs or newer Xenon HID bulbs which take a short time to come on.

They also have the capability to be dimmed.

Because of their small size, LED headlights can also be shaped into custom shapes by manufacturers, allowing for a more efficient distribution of light.

In terms of brightness, LEDs are meant to be brighter than traditional halogen bulbs, often around 30% brighter and are generally supposed to have a brightness between 2,000 and 3,000 lumens.

However, there are a few LEDs available which are considerably greater than this, with some LEDs having a brightness of up to 12,400 lumens.

In terms of color, LEDs generally emit white light at high temperatures and this is the standard color that you can expect to find in LED headlights.

However, they are also capable of generating a number of other colors of light, which is one of their advantages.

In terms of brightness, HID lights are ahead of all other lighting technologies in the game.

They can easily produce over 3,000 lumens at only half the wattage of regular halogen bulbs. Generally, you can expect them to be much brighter than this.

They are also capable of achieving extremely high temperatures, varying between 5000K and 6000K.

This means that unlike the yellow-orange lights of halogen bulbs, you can expect an extremely white light from your HID lamps.

However, because of their whiteness and brightness, they produce large amounts of glare and can have a blinding effect on oncoming drivers.

The drawback of HID lights is that a large amount of light is wasted because it is emitted as infrared light, which means that it is not visible.

Lastly, these lights take a while to turn on and reach maximum brightness. Generally, they can take a few minutes to reach this maximum level.

They are not instant and cannot be turned on and off rapidly, which can be a drawback.

Advantages of LED over HID 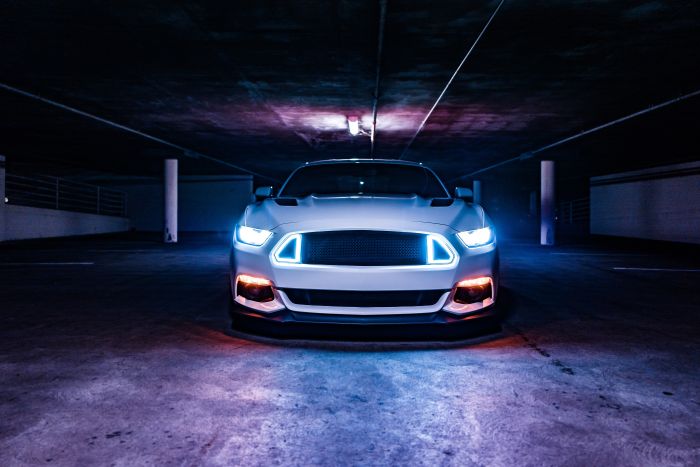 LED lights have not been around in cars for as long as HID lights, which were introduced in the 90s.

However, they have a number of advantages which have made them extremely popular and putting them at the cutting-edge of technological innovations.

These advantages are as follows:

Advantages of HID over LED 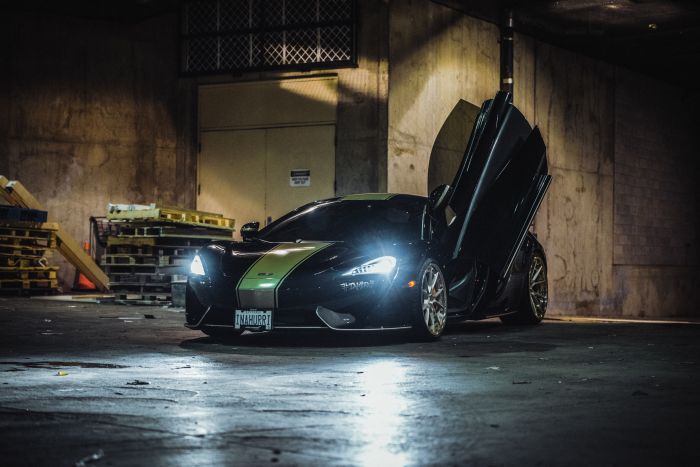 LEDs might be a new option on the market, but HIDs have a tried-and-tested history of satisfying users as well as being used by manufacturers.

In fact, their popularity has only been increasing recently.

Here are the advantages that HID lights have over LEDs:

HID and LED lights are both present new options for headlights.

They each have their relative pros and cons, which should be considered before purchasing them, but they both represent a step-up in headlight technology when compared to older halogen lights.

Thus, either way, you are bound to have an improved driving experience.

Difference Between Halogens & LED Headlights : Which is Better?