Chop Saw vs Miter Saw – Which One Should You Buy?

A chop saw and a miter saw are similar in design and appearance but different in functionality. A chop saw is a high power device that makes only straight cuts at right angles best used in industries and professionals. In contrast, a miter saw is a low power, specialized tool that makes clean, angled cuts most suitable for small businesses and DIYers.

While looking for new tools to buy for your toolset, you might have come across two similar-looking tools- the chop saw and the miter saw.

You might be confused as to which one does what work. If yes, then you’ve come to the right place to find out what differentiates these two saws and remove all your doubts about their functionalities.

Read on and find out!

The chop saw and the miter saw are borne of the same design. They both use a circular blade and a drop-top to down cut to cut through the material.

However, this is where the similarities end. The two saws, though of a similar mechanism, are quite far apart on the saw spectrum. 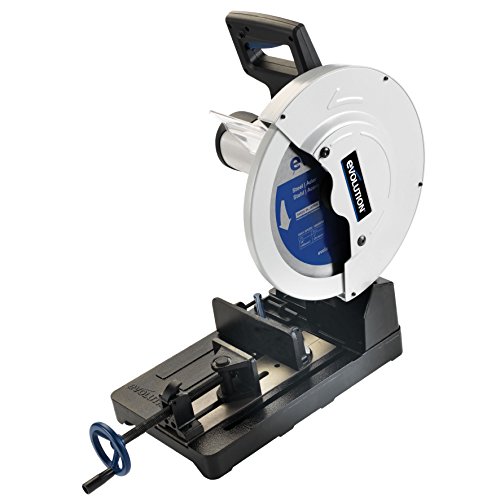 A chop saw is large, quite powerful and can cut through anything- wood, metal, steel. It uses an abrasive disk with no teeth for its blade and delivers the cut by spinning it very fast.

A chop saw can only make straight 90 degree cuts.

Chop saws are hardy machines that can cut through anything. They are used by a range of professionals- carpenters, construction workers, plumbers, etc.

A chop saw is a brute force tool useful for carrying out the heavy-duty jobs.

Pros and Cons are the two sides of the same coin and this proves to be true in the case of a Chop saw.

It is a beast of a power tool and it is this power which makes it exclusive to large projects and for the use of professionals only and not particularly small businesses or home decorations by DIYers. 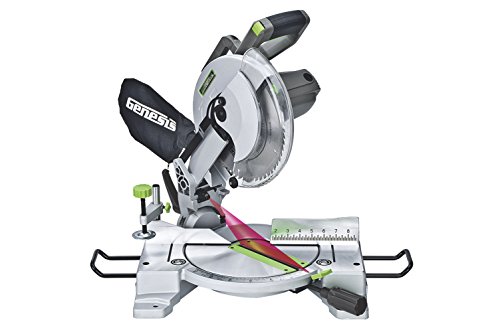 A miter saw is average-sized and uses a circular blade with fine teeth to make the cut. A miter cut can make angled cuts, bevel cuts and a combination of both, known as compound cuts.

Miter saws are handy tools in a small workshop or for a DIYer. They are accurate, precise and easy to operate. It is a specialized tool for making clean cuts.

A miter saw works on comparatively less power than the chop saw. It can only cut through wood. It offers more finesse but is less crude. It is not suitable for heavy-duty jobs or large cuts.

Chop Saw vs a Miter Saw

Due to the rough sturdy nature of a chop saw, and its heavy dependence on power, it is best suited for work in the industry, or by professionals working on huge pieces.

It can also be used by other professionals like plumbers, masons, construction workers as a chop saw can cut through anything.

A miter saw is best suited in a workshop for making decoration pieces, or in the hands of a DIYer to make small fancy projects. It can also be used by carpenters for finishing touches or in the house renovation industry.

A chop saw is a powerful tool that will make your job easier as it can cut through anything.

Be it any material, any type of wood, a chop saw has enough power to crop them in two halves, providing you with a versatility that no other saw can.

A miter saw has the ability to make unusually clean cuts and it can make all sorts of angled cuts- the miter, the bevel, and the compound.

They are relatively easy to use and run on low power, thus making them perfect for small jobs and big businesses alike.

A chop saw is such a high power device, that it is often of no use to small businesses or hobbyists. Also, even though it is quite a sturdy saw, it can make only one type of cut, the straight cut at 90 degrees. This proves to be quite restrictive to the user.

A miter saw is a tad bit expensive for all the functionalities it provides. Also, it cannot be used for all materials and is a very specialized tool. A miter saw can be difficult to learn to operate as there a variety of modes but once learned, operating it is a breeze.

A chop saw is reasonably priced but it might seem expensive to a small business or a DIYer who will not get enough return on investment. Also, its operating cost will be high as it requires a lot of power, and thus electricity for operation.

A miter saw is a bit expensive compared to your regular circular saw but with all the functionalities it offers, the wide array of angled cuts, it will save your time and make your job more efficient.

A chop saw is more suited to the needs of large businesses, industries, people who are in the business of cutting different materials and doing heavy-duty jobs.

They run on high power and make only a simple type of cut i.e. the straight cut at 90 degrees which makes them useful only to professionals in the construction industry or house renovation business.

A miter saw is a specialized saw which will be more useful than a chop saw to small businesses, DIYers and hobbyists looking to decorate their home.

It can provide you a finesse unlike any other saw and make your job of cutting angles quite simple.

Single Bevel vs Dual Bevel Miter Saw – Which One To Buy?

Corded vs. Cordless Circular Saw – Which One is Right For You?