Jigsaw vs. Circular Saw – Which one to Buy?

So you are ready to delve into the world of woodworks and DIYs and set out in the market for the perfect power tool to begin your journey with.

You explore all that there is, and very wisely have cut your options down to two saws: The circular saw and the Jigsaw.

Can’t decide further? You’ve come to the right place, read on and decide what exactly you need!

Their design, method of operation, type of cuts, everything sets them apart from each other placing them on two sides of the saw spectrum 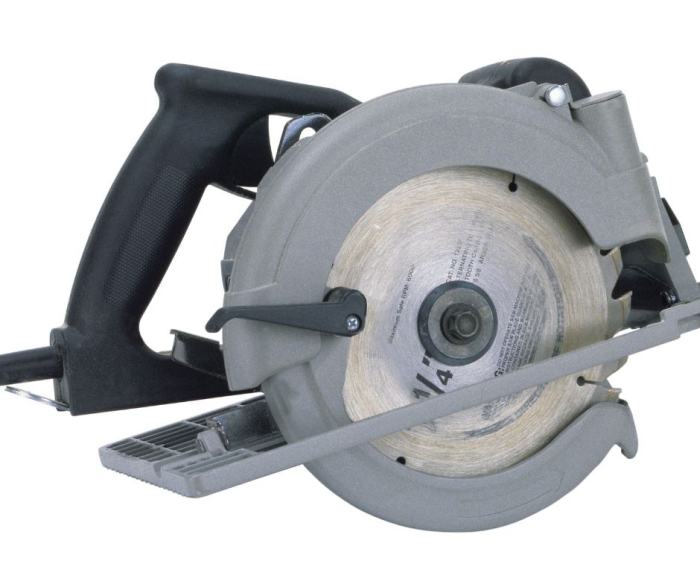 The circular is a handheld power saw that has a circular blade with teeth and it delivers the cut due to the high spinning of the blade.

A circular cut is very efficient in making straight cuts very fast. In fact, normally, a circular saw can make only a straight cut unless propelled by some other setup like a miter box.

A circular saw is best used to make straight cuts, hence it is an application pretty much everywhere. However specialized your job might be, straight cuts form the foundation of any wood-piece.

A circular saw is fast, precise and powerful and will increase your efficiency tenfolds.

A circular saw is however also loud and messy. Also, it is restrictive in its ability to make cuts. It can only make straight cuts and fails to make the angled ones or cut on a curve.

The saw is prone to kickbacks and is more dangerous than any other saw, thus special precautions should be taken while using it. 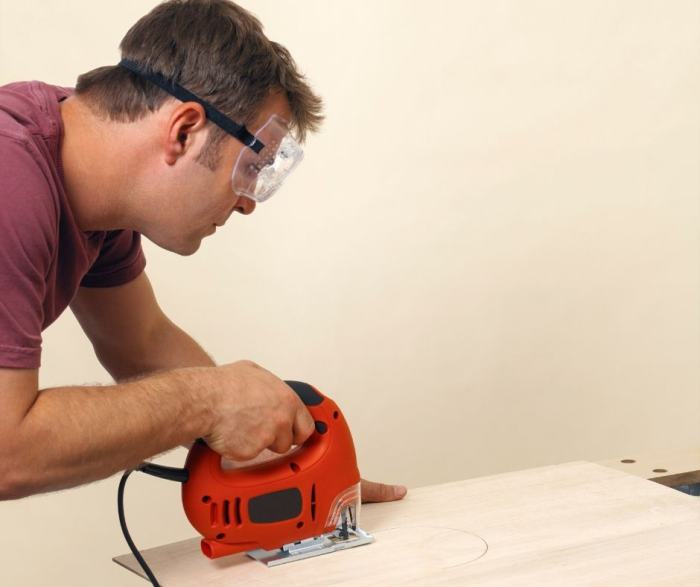 The jigsaw, like a circular saw, is also a handheld power saw. The difference lies in the blade and style of cutting. A jigsaw has ‘jigged blades’, coarser teeth on a small and narrow anchored blade.

It delivers the cut by going back and forth, in a reciprocating manner on the wood piece.

It is less powerful than the circular saw but can make any type of cut, anywhere- in the middle of the workpiece, on the edge, on the side, however you want- diagonally, straight, on a curve.

A jigsaw is very versatile. It can make any type of cut you can imagine, if only you have the power and precision to make it.

It is great for small cuts in tight places, which not many saws can guarantee. It can also cut through other materials if the blade is right like a PVC pipe

To find out more about the workings of a jigsaw, watch the following video:

A jigsaw is not great at straight lines and its coarse blade means that any cut is not entirely precise. If you are concerned about the job and its cuts, but not particularly how the cuts come about, how clean, how accurate, go for the jigsaw. A jigsaw also cannot be used for big jobs, as it is a small device meant for personal use.

A circular saw vs a jigsaw

A circular saw is best used by people have a job to make straight cuts. It is a handy tool for professionals and a good investment for DIYers as it can deliver cuts like no other saw-clean, precise and accurate

A jigsaw will be more apt to a DIYer’s need or for small businesses as it can do small jobs. It also gives them the flexibility of making any cut and diversifying their project, in addition to being safe and easier to use

A circular saw is efficient, can cut through anything, is a powerhouse, can make straight, clean, precise and accurate cuts and is very reasonably priced

A jigsaw offers you the independence to make any type of cut conceivable.

It is not restricted by its size and can go to the small crevices and corners and can move anywhere on the wood piece. It is also safer and easier to use

A circular saw can only make straight cuts and no other cut. If not used properly, it can cut off your limb as it operates on high power. It is prone to kick back and sliding on the work-piece.

It is messy and operates on loud noise.

A jigsaw cannot be used for large jobs and cuts are relatively a task to make. A jigsaw re-quires patience as it is not very fast. Also, the cuts are messy and not too precise for a professional or perfectionist.

Both a circular saw and a jigsaw are good saws to start out with. It all depends on the type of job you have decided to undertake. The question you need to ask yourself is which saw will really make my job easier?

If you are just starting out and will be doing home decoration projects, or beginner to intermediate level wood arts, then undoubtedly, go for the jigsaw.

It will offer you flexibility and independence like no other

If you plan on undertaking tougher jobs, if you plan on doing things large scale, if your work will involve a lot of straight cuts, then without any reserves, go for the circular saw.

Whatever you end up deciding, do familiarise yourself with the usage and operate it safely!

Electric vs. Gas Chainsaw – Which One is Right For You?

Miter Saw vs. Circular Saw – Which one to Buy?